At Jorvik Tricycles, we understand that as a result of physical or mental disabilities, health issues or personal challenges not everyone is able to ride a bicycle. However, this shouldn’t mean they miss out on the joys of cycling. Jorvik Tricycles aim to make cycling accessible to those who find it difficult to coordinate balancing, pedalling and steering all at the same time.

We recently spoke with Rainbow, who was kind enough to share her son’s story about how our tricycles have dramatically improved the quality of not only his, but their whole family’s lives.

River is autistic and lives with a range of other conditions such as developmental delay and processing disorder. He previously struggled with having the confidence to go out locally whether it just be to pop to the shops or to visit local nature reserves. This meant they would often have to drive to places further away for River to feel comfortable.

Rainbow noticed this became particularly hard during lockdown as they were stuck in the house and unable to travel too far to do things. She was determined to not only get him outside during the lockdown but also find a way to boost River’s confidence and give him more freedom. As River struggled to coordinate balancing, steering and pedalling a bicycle, Rainbow began her search for a tricycle. They decided to go with Jorvik Tricycles not only because they seemed like good quality, well-built tricycles but because they seemed like a caring company.

In the time River has had his tricycle, he has been able to develop his cycling much quicker, given the additional support it offered with his balance and coordination. Rainbow noticed that cycling really improved her son’s mental health as it not only encouraged him to get outside and explore but also because it taught him a new skill to be proud of. River’s tricycle has given him the confidence boost he needed to be able to feel comfortable venturing out more locally, taking trips to nature reserves and even cycling to school on the odd occasion. He not only loves the blue colour of his tricycle but has really enjoyed being able to join in and feel like everyone else with this new sense of freedom! Rainbow pointed towards her son’s new found confidence, sense of freedom and growing independence when telling us how the Jorvik Tricycle had been a worthwhile investment for her family. Alongside this, River’s overall physical health has also greatly improved since he’s had the tricycle.

''The Jorvik Tricycle has improved River’s confidence, balance and coordination. Getting his tricycle has encouraged us all to cycle more. We have been out locally a lot more than we would have been. River could not ride any sort of bike and now he can. This tricycle will help him to become more independent as he grows’' 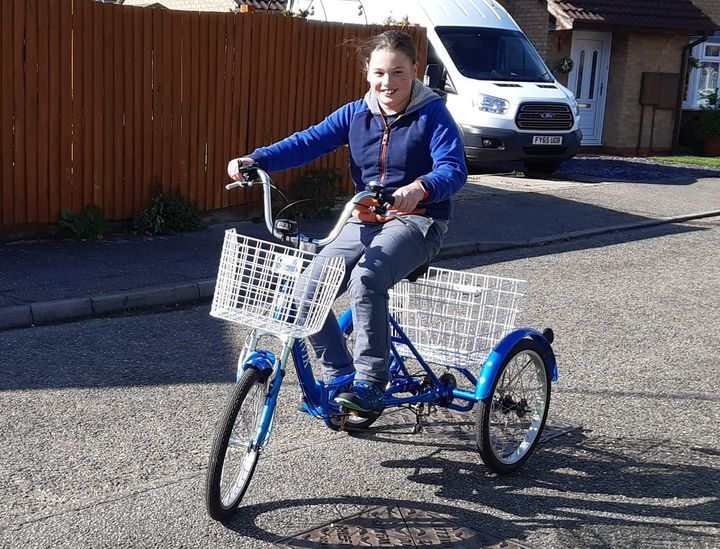 Since we began operating in 2014, we have supplied thousands of happy customers across the UK and Europe with a range of tricycles and safety accessories. If you haven’t heard the Jorvik Tricycles story then you wouldn’t know that Jorvik Tricycles was born after James took matters into his own hands having struggled to find a good quality trike for his father who was suffering from Parkinson’s. At Jorvik Tricycles we’re proud of the reputation we have built, not only for the quality of our tricycles but also for the care that comes with each sale. We love hearing stories of how our tricycles have helped those not able to use bicycles discover, or rediscover, the freedom of cycling.